Ok.  I know what you are going to say “It’s such a bad idea to use an OTF in the woods”.   I know by taking an OTF to the woods you are risking jamming up with spring and rails with dirt and grit.  From what I have heard so far, it would just be a bad idea.  So I decided to test it out. 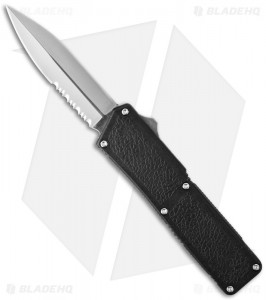 I wanted to see just how risky it would be to take an OTF into the woods.  So this last weekend I packed up and headed out to the great outdoors.  I saw this as a perfect opportunity for me to see just how risky it is to take your OTF camping.  Up until this point, all I have heard is how it’s such a terrible idea.  You are risking the functionality of your knife by exposing it to grit and dirt.  Well, for the sake of all of us, I decided to test it out myself.  Risking my Lightning OTF for the sake knowledge.  I’m a martyr, I know.  You’re welcome.

On a serious note, it was really an educational experience for me.  And, while I didn’t think it was possible, I have come to love my OTF even more!

First off, I decided to take my lightning OTF with me.  It’s my personal favorite OTF.  It goes everywhere with me, clipped in my pocket.  Recently it has become my EDC.  So I figured, this would be a great knife to test.  If something were to happen, and I was to be stranded somewhere, chances are I would have my Lightning OTF.  So it was a perfect fit. 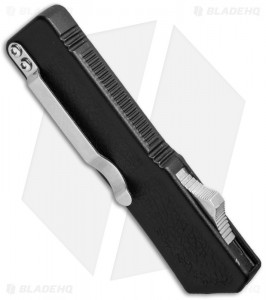 Now let’s get down to the reason you’re here.

So, after my educational weekend in the woods, I have come to the conclusion that what I had heard before was true.  It was probably not the best of ideas to take my OTF into the woods.  While it did work really well for fishing, the risk to the knife is just too great.  I was especially careful with my knife, and it still suffered some damage regardless.

In the future, I will probably be leaving my Lightning OTF at home safe and sound while I am out in the woods.  I probably should have listened to what people told me.  But it’s one thing to hear it, another to experience it first-hand.  So take it from someone who learned it from experiance, the OTF just isn’t meant for extended outdoor use.